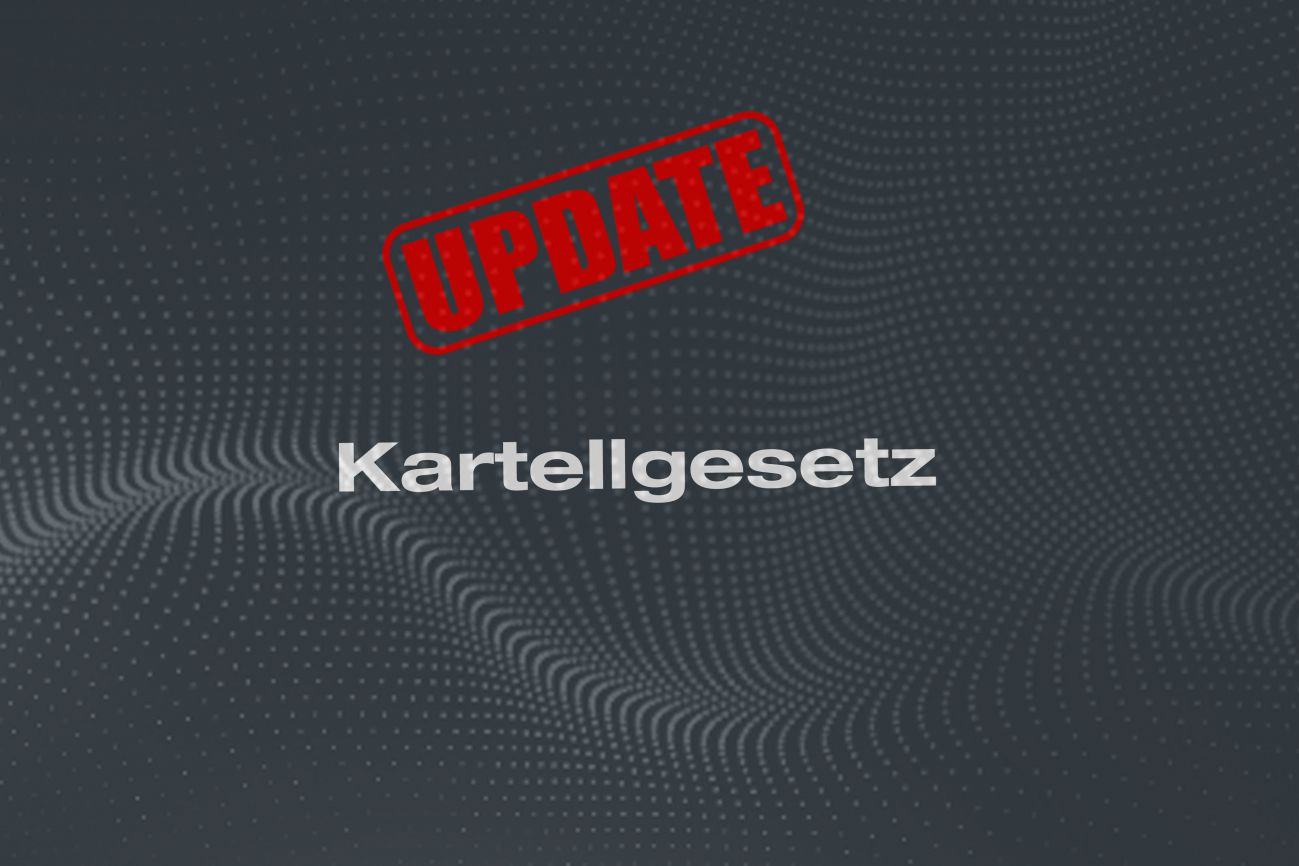 With the Cartel and Competition Law Amendment Act 2021, the legislator has not only implemented requirements by European law (i.e. Directive (EU) 2019/1), but above all adapted cartel law to recent developments in economic life. In particular, the amendment takes into account the digital platform economy and climate change. The most important innovations in practice are made in merger control.

Innovations of the Cartel Act in short:

"Green" exception from the ban on cartels

The new version of section 2 para 1 of the Cartel Act expands the few legal exceptions to the ban on cartels: in future, cartels are also to be exempted if their profits contribute significantly to an ecologically sustainable or climate-neutral economy. The provision thus creates legal certainty and a safe space for entrepreneurial cooperation in favour of sustainable agreements that would otherwise be prohibited under national law. Here it would be desirable to create a clear safe harbour for Austria as in the EU by using the authorisation for block exemption regulations, especially since this did not happen in the law this time either.

With the aim of adapting antitrust law to the digital platform economy, the definition of a dominant market position is expanded by two new provisions (section 4 of the Cartel Act):

On the one hand, companies will in future also have a dominant market position if, for instance, they have significant access to the market or to data of particular competitive relevance through their intermediary services for other companies (section 4 para 1 and 2 of the Cartel Act).

On the other hand, the concept of market dominance is further tightened by the concept of relative market power: According to the new section 4a of the Cartel Act, a company is also considered to have a dominant market position if it has a superior market position in relation to its customers or suppliers. The legislator has thus targeted typical market power criteria of the digital platform economy. Applying the new section 28a of the Cartel Act, the official parties and regulators are additionally given the opportunity to have the dominant position of such companies operating on digital markets determined by court.

The new version of sections 9 para 1 and 2 of the Cartel Act restricts the notification requirement for mergers in order to apply merger control in a more targeted manner and to avoid unnecessary notifications:

Previously, every merger with a total domestic turnover of more than 30 million euros in the last business year was subject to notification. Under the new rules, at least two of the companies involved must also have generated domestic sales of more than one million euros each.

There is a new review criterion that allows for prohibition in case of significantly smaller effects: As an alternative to the creation or strengthening of a dominant position, mergers can in future also be prohibited if a significant obstacle to effective competition is to be expected as a result (section 10 para 1 no 1 of the Cartel Act).

In certain cases, the Cartel Court is given the possibility not to prohibit a merger despite the existence of the requirements for prohibition (section 12 para 2 of the Cartel Act), namely in the case of mergers where an improvement in the conditions of competition is to be expected which outweighs the disadvantages, or where the economic advantages of the merger significantly outweigh the disadvantages.

Also, the legislator has delicately increased the flat fee for merger notifications from EUR 3,500 to EUR 6,000 (section 10a para 1 of the Competition Act).

Finally, the amendment contains a number of adjustment provisions that strengthen the role of the Federal Competition Authority, in particular by including it in administrative assistance, legal assistance in cartel law enforcement and enforcement assistance for fines and penalty payments.